He is a punk rock poet.

And a warm warm hearted human being too!!!

Cracovian bruLion (noteBook) in the history of Polish literature of the end of the 20th
made its name as one of the most important voices of the young generation. The group
connected with the magazine, which used non-conventional poetic and medial strategy, and
whose main motivating force was scandal pugnaciously reached the literary Parnassus. In
a sense bruLion was a subsequent link in the tradition of Polish avant-garde. However, it had its peculiarity as it protested against popular idealisation of literature. “The Wild” (as they soon called themselves) negated the whole literary tradition. They treated official literature (e.g. soc-parnasites) with the same kind of dismay as the opposition literature full of tyrteism, and they negated its inherent paradigm of equation between aesthetics and ethics. Their neoavant- garde poetic art, which shocked critics and readers alike, not so much with the form as with the rejection of classical ideals; models of literature and missionary function of art made them immediately famous. Literary awards, poetic collections and brilliant careers quickly followed favourable reviews of their work.
It is worth mentioning that the credo of bruLion changed several times. There are three
periods to be distinguished in its history: the first one from the beginning in 1987 to the half of 1988, when it was a typical journal of “secondary circulation”, and when it imitated Zeszyty Literackie; the second period from autumn 1988 (No 7/8) to 1992 (No 19A and 19B), when the media popularity started and when majority of important texts were published; and the third one since 1994, when the editors moved to Warsaw and the group dissolved, and practically the bruLion formation came to its end. 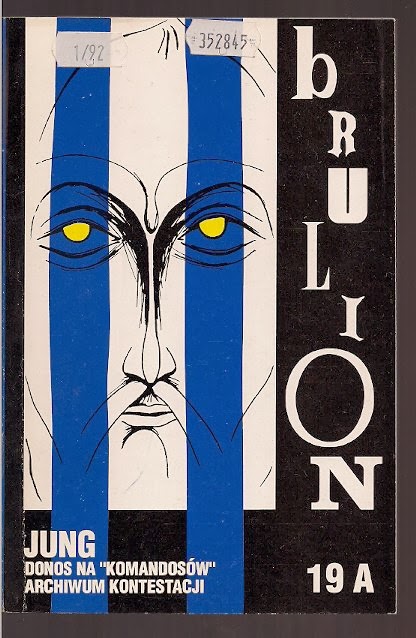